JT’S “CAN’T STOP THE FEELING!“ CONTINUES TO DOMINATE THE CHARTS Exciting stuff! Not only does JT's Official Video for 'CAN'T STOP THE FEELING!" have over 43 million views and counting, it's also hitting huge milestones! 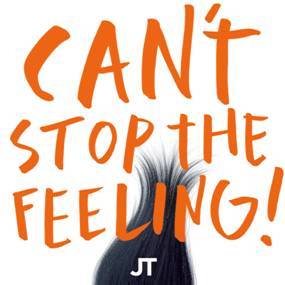 Track is certified Platinum in the US by the RIAA

Platinum in Canada, Australia and Sweden

#1 Billboard Digital Songs Chart for 4 weeks in the US

Made the fastest trip to #1 on radio songs for a male artist since Michael Jackson's "Black or White" (25 years). Marks JT's 5th solo #1 on the chart.

Marks the most #1's on the Pop Songs Chart for a male, surpassing Bruno Mars. Marks JT's eighth solo #1 on the chart.

#1 on Amazon's Top Paid Digital Songs Chart in the US